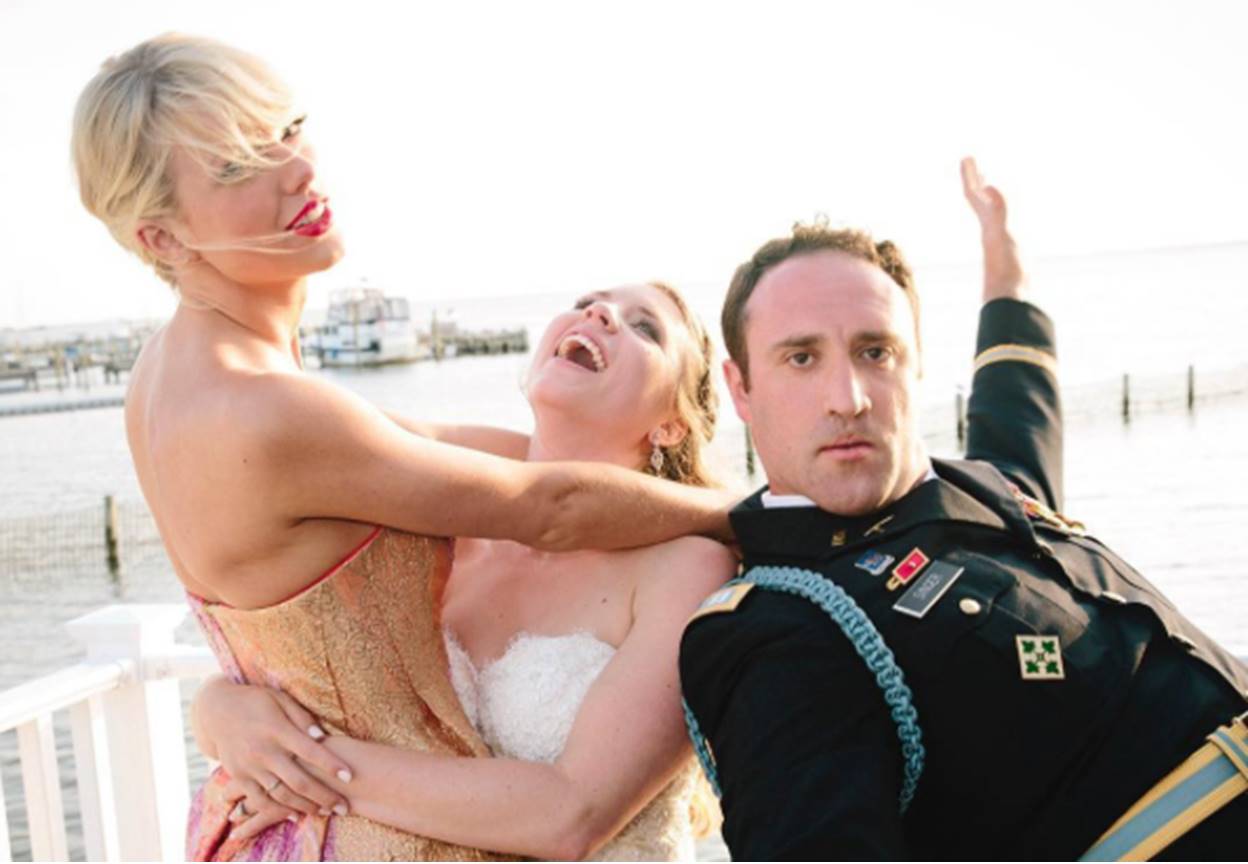 The groom is a HUGE Taylor Swift fan and his sister wrote Taylor a letter detailing how the couple had quickly wed in his ailing mother’s hospital room so she could witness the nuptials. They had chosen “Blank Space” for their meaningful mother-son dance before she died. After reading the heartfelt letter, Taylor plotted the surprise with his thoughtful sister.

As expected, the guests were delighted by the impromptu performance. Kenya’s cousin captured the magical moment below.

So Taylor swift showed up to my cousins wedding… 😳 #Surprised pic.twitter.com/98yDtmg7kH

Besides performing, Taylor also made the couple a sweet gift inspired by the “Blank Space” line: “So it’s gonna be forever.”

Thank you Taylor Swift for the gift! She loves it! #KenyaBelieveIt pic.twitter.com/vQKEVOk7Ew

Pretty amazing. Stuff like this is why we love Taylor— such a kind and compassionate soul even when she’s dealing with her own public drama.