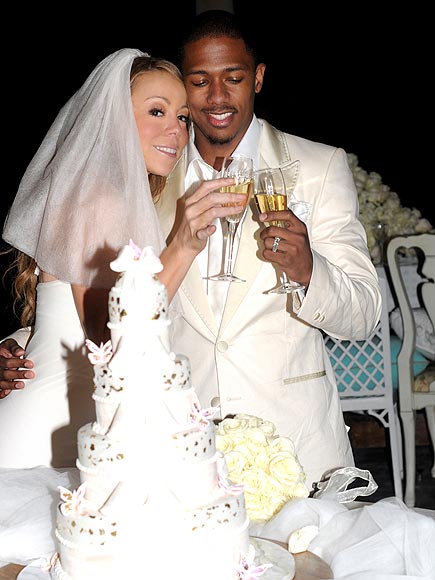 Rumors about the status of Mariah and Nick’s marriage have been heating up for weeks now. The truth is finally out. They have been quietly living apart for months and are working to dissolve their union. Kind of bummed about this, they had cute chemistry.

The pair are parents to 3-year-old twins, Moroccan and Monroe. Besides working out a custody agreement, they have to divide up a ton of money and personal property. This could get super ugly…

Mariah has already slapped Nick with a gag order to keep him quiet. No official word on why they chose to part ways. Infidelity? Mutual mistrust? Who knows… It seems that Nick’s pursuit of his own career was a major issue. Mariah wanted him to be home more while Nick wanted to prove that he wasn’t solely supported by his wife.

Mariah and the kids plan to reside in New York City, while Nick spends a lot of time in Los Angeles for work.

I’m calling it now, this divorce will be epic. But Mariah is very, very careful about keeping her personal life under wraps. So we’ll never know the full scope of the proceedings unless Nick chooses to take the risk and spill the goods. I wouldn’t cross Mariah if I were him… she’d destroy him.