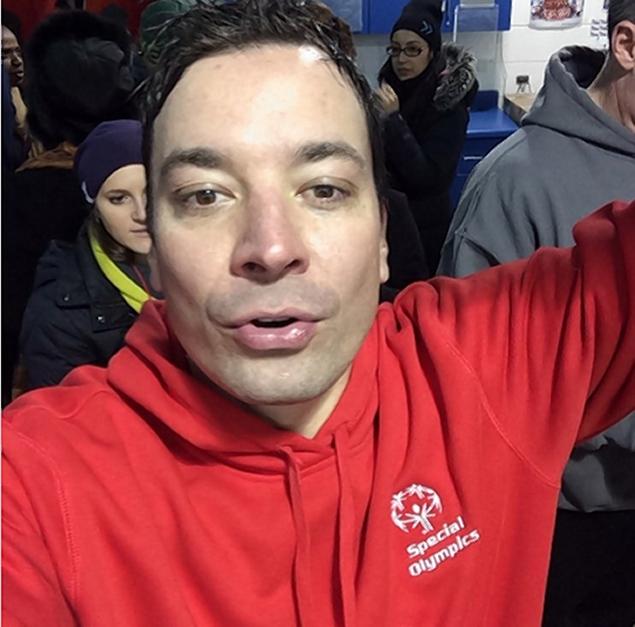 Just a few weeks after having taken reigns of the Tonight Show, new host Jimmy Fallon had to make good on a challenge he had made with the Mayor of Chicago.

When Fallon invited Chicago Mayor Rahm Emanuel to appear on his show, the politician took to Twitter to make a deal: He agreed to appear on the show if Fallon traveled to Chicago to participate in the city’s Polar Plunge benefitting the Special Olympics.

The Polar Plunge is an annual benefit for the Special Olympics  in which participants run or jump into icy cold waters. It was 10 degrees in Chicago shortly before Sunday’s Plunge. The water measured at a frigid 32 degrees and firefighters had to clear chunks of ice from the shores of Lake Michigan. 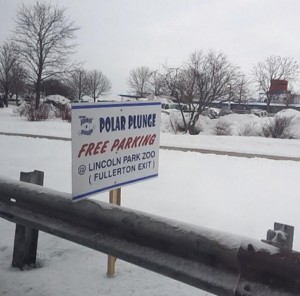 Emanual had brokered a deal with Chicago Public Schools in a program called “Rahm’s Readers” in which he would participate in the Plunge if the city’s children read 2 million books.

On Sunday morning, both Fallon and Emanuel had to make good on their respective promises. Fallon appeared in a full suit and tie and tweeted to his followers to sport neckties to the event in “solidarity.” Emanuel plunged in a wetsuit and a Chicago Public Library t-shirt.

Scores of fans gathered on the shores of North Avenue Beach as early as 5 a.m. in order to catch a glimpse of the event. Some were dressed in costumes, appropriately as polar bears, and others carried large cutouts of Fallon’s face. Last year the event attracted 2,300 spectators, but this year over 3,000 were on hand for Fallon’s dip. 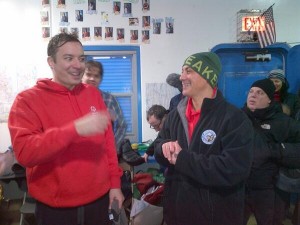 Detroit Lions defensive lineman and former Bears player Israel Idonije also participated. Emerging from the frigid waters, Fallon look traumatized. He joked earlier this week that he had agreed to the plunge without knowing what it entailed.

Fallon spoke of meeting the mother of a special needs child in a Chicago grocery store shortly before the plunge who expressed gratitude for his participation in the event.

“There are parents out there, there are children out there who have something they can give,” Fallon said.