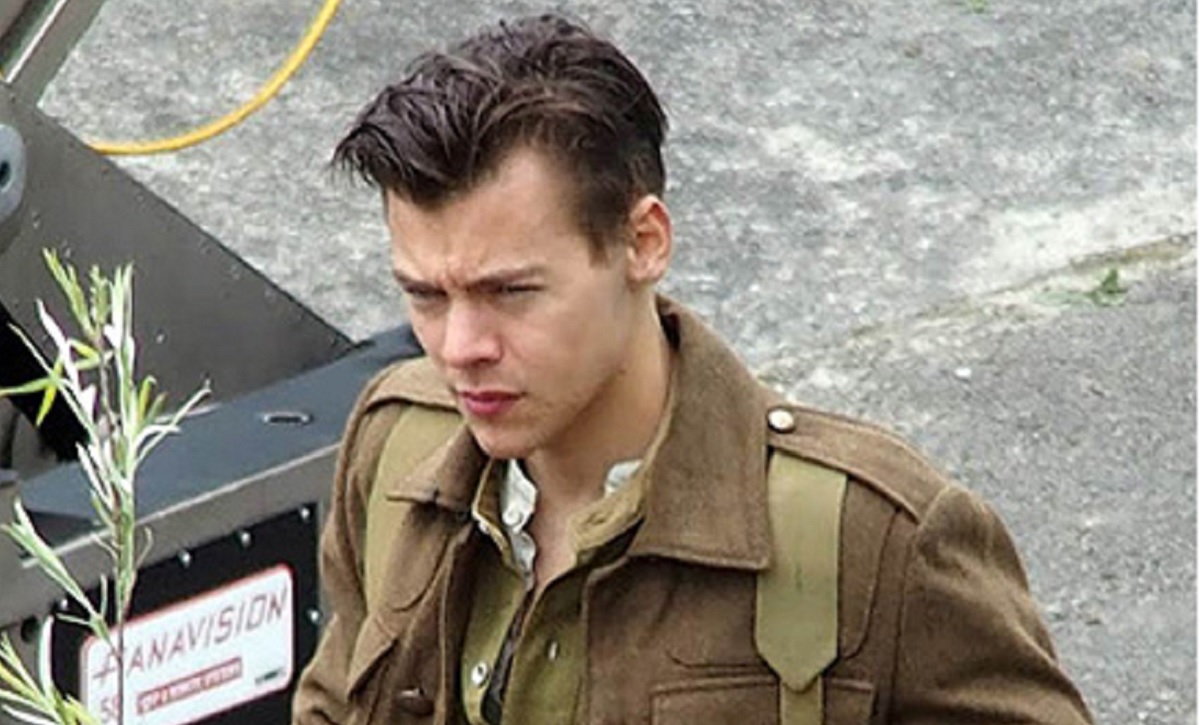 Harry Styles was spotted on the set of his new movie wearing British World War II military dress and his new much shorter haircut.

Harry Styles is currently filming his movie Dunkirk that is due out in theaters in July of 2017.  Dunkirk is from writer and director Christopher Nolantells and is set during the World War II battle for France in 1940.  The film covers the true story of the evacuation of the French city where over 300,000 French, Belgian and British troops were saved from the surrounding German soldiers.  The evacuation nicknamed “Operation Dynamo” was described by Winston Churchill as a ‘miracle of deliverance’.

Harry created a stir three weeks ago when he made this Instagram post showing his chopped off signature pony tail.  He later disclosed that he cut his hair for the film role and donated his hair to charity.

Many One Direction fans seem to prefer Harry with his signature long hair:

Dunkirk hits theaters on July 21st of 2017 and it will be interesting to see how many One Direction fans attend the movie.  Here is a video that provide additional details about the Dunkirk film:

What do you think of Harry’s shorter hairstyle look?

Remember to “share” this with other Harry Styles and One Direction fans.