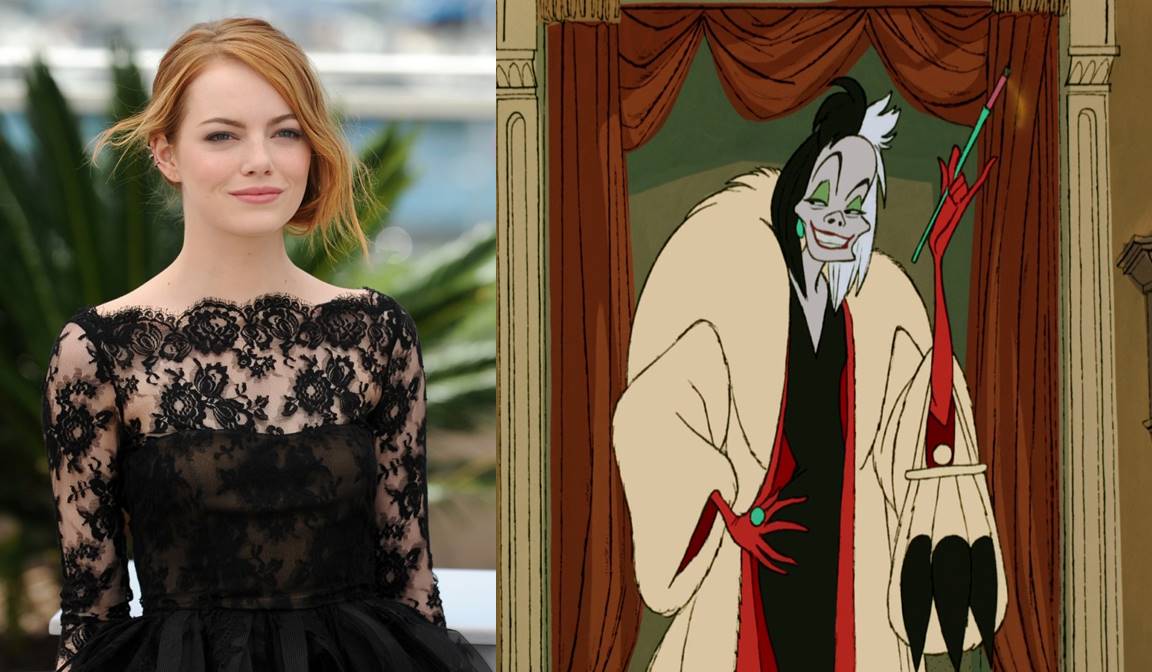 Emma Stone is ready to take on one of Disney's best villians!

It’s official! Oscar nominated actress Emma Stone, 27, will play Cruella de Vil in Disney’s upcoming 101 Dalmatians spin-off. Like The Jungle Book out in theaters now, this film will also live-action adaptation of the classic story. Emma has some big shoes to fill, Glenn Close totally rocked her take on Cruella in the 1996 live-action film, 101 Dalmatians. We’re hoping this film gives us more insight into de Vil’s youth and maybe even her friendship with Anita prior to all that puppy stealing business. Since Emma is still in her twenties, we’re sure this movie will give us a completely fresh angle on this complex character.

Currently, the young actress is filming the musical comedy La La Land with Ryan Gosling— love these two together. She is also starring as Billie Jean King in Battle of the Sexes, based on the infamous 1973 tennis match between King and Bobby Riggs. No news on when Disney plans to unleash their new take on Cruella but they did mention 7/28/17,4/6/18, 8/3/18,12/25/18, and 12/20/19 as release dates for upcoming projects.

Speaking of awesome women, check out Amy Schumer’s gorgeous magazine cover by hitting the button below!